Earlier, when discussing the (lack of) inherent advantage of the metric system, I promised a discussion of the alleged advantage of using a system built around multiples-of-10.

It may be helpful first to review the notion of number bases in general. The base indicates the number that causes a “carry” to the next column. Software programmers sometimes use the “base-8” or octal notation. Thus, eight is ’10’ in octal, but ‘8’ in higher bases. Had we standardized to base-8, then the first digit after the point would have counted 1/8’s, the next 1/64’s, etc. — which would have been perfect as an exact way to represent the stock market prices before their recent decimalization.

Base-16 or hexadecimal is favored by digital hardware guys. Since the carry does not occur until 16, additional atomic digits have to be invented to extend our conventional base-10 digits through fifteen. These are chosen as a, b, c, d, e, f. Thus twelve is ‘c’ and thirty is ‘1e.’

Base-2 or binary is used when analyzing computer operations at their most primitive level. Nine would be expressed as 1001 in base-2 (2 to the third power [=8] + 0 + 0 + 1). Thus, the correct answer to “adding seven and three” in several different bases would be:

Can you think of a base-60 system that we use? (answer shortly)

The first observation to make is that the multiplication table could have been taught in any base, and once learned, any base would have seemed just as intuitively “obvious” â€“ unless counting fingers and toes gives a leg up to the decimal or base-10 system.

I am not saying that any base would have been equally convenient. Base-2 would have involved far too many “carries” and thus too many stringed digits to be easily held in the mind. Base-100 would err at the other extreme, requiring too many atomic digits stringed together to be useful. Perhaps God gave us ten fingers and toes to inspire the base-10, knowing that this was the “sweet spot” balance between too many and too few digits. But until this could be shown according to some quantifiable criterion, I am inclined to suggest that there is probably a range of bases that would have worked more or less equally well. Moreover, the discussion above already hints that indeed there are different bases that lend themselves optimally to certain specialized tasks.

When one says “the building is 183 feet long,” one is using the decimal or base-10 system by virtue of stating ‘183’ with that standard interpretation. So at one obvious level, the Imperial System is in fact manipulated using 10’s. That 183 feet is also 61 yards, which is derived by division by three, is a different point. Stick with (for example) feet and that problem goes away. 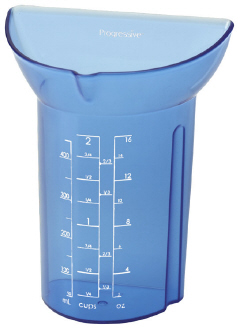 The Imperial and Metric systems traditionally differ not so much at the point of integer counting so much as reckoning with fractions of the unit under use. It is interesting that the Imperial (better: Peasant) System built fractions around powers of 2 — just like fractional binary does in modern computers. Fractions are built up from 1/2, 1/4, 1/8, 1/16… Division by 2 is based on equality, which is a basic concept. With a beaker of known quantity (e.g. a cup) and vertical sides, you can measure 1/2 quite accurately by pouring until the “filled” level equals the “empty” area. Matching for equality is intuitive. Halving is the art of making two parts equal (where half is the amount equal to the other half). 3/4 is obtained by imagining 1/2, then adding 1/2 of the remainder. However, the mapping is not exhaustive, because of the common use of 1/3 in the cup-measure for example. Yet this too is derivable by halving: 1/3 is obtained by making the level equal to half the empty space. Thus, we could say that our fractions are the subset of all possible fractions obtained by bifurcations. Bifurcation bears a strong analogy to the fractional binary, even though not an exact correspondence.

Of course, one doesn’t normally have to estimate in this manner. However, mothers can teach these principle to their children, so that the use of marked measurements reinforces a basic spatial intuition. In this way, continuity between ideation and tools is maintained.

Operating in our system can be summarized like this: (1) pick a base measuring unit appropriate for the task at hand (e.g. cup, teaspoon); (2) build units upward using decimal or base-10; (3) build units downward by bifurcative fractionalization. With respect to counting, ours is a hybrid decimal and augmented-binary.

Is it easier to do arithmetic with decimals or fractions? The propagandists at the U.S. Metric Association present a number of straw-man examples to show how much easier the Metric System is to use. However, more precisely they should have stated their thesis to be how much easier decimal notation is than fractional: for the choice of base units is something different.

But this is not honest for a couple reasons. 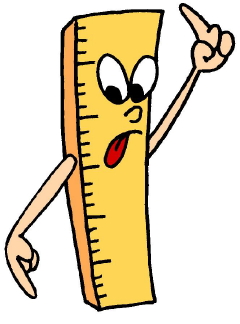 Secondly, only in school books do problems like that ordinarily arise. A typical problem in a wood-working shop might be 5-3/4″ + 1/8″. Semi-literate men have known how to do that for centuries.

It is interesting that the people that wail the loudest about how difficult the English system is are from the educated, not the working class. It is the same with Bible translations: it is the hyper-educated that just can’t seem to understand Elizabethan English; the lower classes dealt with it just fine. But I digress.

Now the answer to my quiz above: base-60 is used for counting seconds and minutes, whether on the clock or angular geometry. Actually, strictly speaking this is not base-60, for decimal numbers are used to count up to the wrap value, and when the carry occurs, it creates the next unit, not a second digit-place of the same unit. Thus, 60 seconds -> 1 minute; 60 minutes -> 1 hour/1 degree.

The adult does this whole calculation without self-consciousness. It is really not very difficult.

Speaking of time and our base-60 hour, ask yourself: why do we still say “quarter of” and “half past”?

The metric propagandists for some reason fail to advocate decimalization of all measures. The clock, for example, is spared. In fairness, perhaps this is motivated by the realism of divide and conquer. But there are applications that are almost only used by trained technicians and specialists, rarely by the man in the street. The compass, for example. The compass is divided into 360 degrees. Why not start by decimalizing that unit? That they never propose this makes me suspicious that there is an agenda running deeper than helping people calculate more easily.

My second thesis can be stated much more succinctly: when factors-of-ten going smaller are more useful, then pick your unit and do so. This is in fact done. There are rulers etched in 1/10 division. The mil in US industry is 1/1000 of an inch. The point is, the unit that is divided is arbitrary; after that, you can divide by whatever is convenient.

2 thoughts on “Is the decimal system best?”